The real love story of the unreal 21st century !

I thought that I had taken the right decision and that I was moving towards the very right goal. I was pretty sure that this sudden change in me would certainly reflect a good impact on my family. I was glad that I didn’t spend much time with her because if I had, then it would have been IMPOSSIBLE for me to forget this chick since I somehow got attached to her within a really short span of time. We hadn’t been on a date, we hadn’t talked to each other that enough and we didn’t even for real know eachother’s last names. But…. somehow I fell for her and I thought that she did too. If not that would be entirely awkward. But I didn’t really care because I ended something that never really happened or existed and I was glad I did.

I need to leave you,not because I don’t care

But because I really do, I swear;

For once I loved you so very much,

My aching heart is under hack,

As my first love has become

A wreck, failing before even raising.

It had been months already since I saw her. We had revision tests and the study holidays. Deep down I missed her eyes. And that funny weird girl even made me think about my decision twice because she was my first real……no ! I didn’t even dare to confess that feeling but she troubled me so very much. Her thought constantly disturbed me. With this huge conjecture, I somehow prepared for my Board exams. I didn’t see her throughout the exam days because they had different schedules for 10th and 12th students. The exams went well and I had never really thought about her during the exam, except for the times when I remembered her during the teacher was asking if we needed thread and when I heard a scooty’s horn and when her eyes suddenly flashed infront of me during the Chemistry examination…. I died literally that day. I couldn’t remember my answer to that Rocket propellor question because her sharp eyes flashed in my brain all of a sudden and I went blank. Cleary I had not fallen for her. That moment, I went anxious and terribly nervous because I thought I literally had manipulated my heart that it was just a silly infatuation but! It didn’t seem so…. I really wanted to smash my heart like John cena did and I realised it would only bring me more agony.

I had finally finished my 12 grade then and I was as happy as a F1 racer with his trophy. Soon in two weeks we were going to shift to Chennai. No one knew not even my closest mates. I thought they would make me feel so downhearted for leaving the place but I was planning to let them know when I was actually leaving. 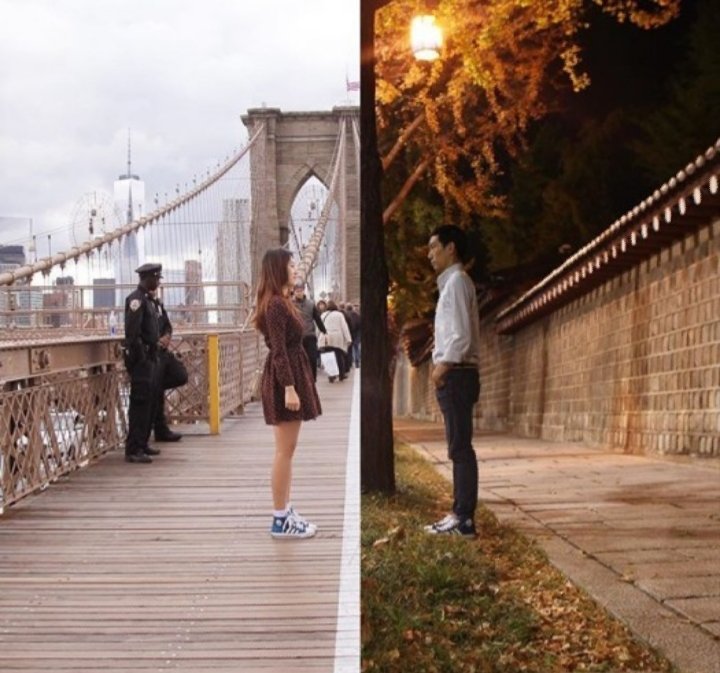 I finally was packed my things because we were going to shift the next week. I couldn’t wait for my results to be announced since it was anyhow confirmed that I was going to pursue my higher education in Chennai. The only good thing about this shifting was that, we were moving to Singara Chennai and I knew that Media firm always had huge scope there. I didn’t yet tell my parents about my interest in mass media because I knew that they would freak out and wouldn’t accept. I had decided to take it slow and steady with them. It was this strategy with the parents that, you find the correct time and correct way of conveying your queries and if it was the perfect words, it can break the ice and make them say ‘Yes’ to whatever you want. I had always followed the strategy with my parents and especially my mom whom I am really scared of. If she had ever known that I was falling for a kid, she would grind me with her starch everyday.

I finally told Suhail and Braga that we were shifting and those two gems had helped me with the packing household stuffs and we all three made Appa, Amma and Arathana leave first. These two guys convinced my mother to let me stay for another 2 days. We went to movies and malls and enjoyed so much in those two days. The mall and its parking made me think of her. The Cd shop,God! I felt like I should only had to leave after letting her know that I was going to shift.

Just a day before that, we had his huge farewell party in Suhail’s house. The Farewell was held for both 10th and 12th graduates and at first, I didn’t want to go because I didn’t want to face her. “It would be a really painful memory to leave with” I had thought. All of my 12th classmates had come and I felt really joyous after meeting them. All the boys and girls looked glam and all rocked the dance floor as couples! I wished that I shouldn’t see her but God had other ideas. I had just took a glass of coke and went to the corner to be isolated from the crowd. But……just seconds after, she came right infront of me wearing that blue, dark blue, velvet dress of hers. Her coarse hair suddenly seemed lustrous, my eyes became her captive falling for her dewy cheeks. I could see the nervousness down her throat, she seemed to be wanting to tell me something. My brain shouted at its highest voice,

“Stop this you! Stop this! You are moving to Chennai tomorrow! Stop drooling at her you maniac! “

I suddenly had come to the reality and she was not infront of me and my eyes started seaching for her. And there she was to my atmost shock, receiving a red rose from a some guy who knelt down to give her that and she was actually getting it with a face full of that mesmerising smile, for which I had become a captive! Damn!

“Glad I am shifting to Chennai,”

I thought to myself. But I was in extreme anger that day that I even wanted to kill that boy who gave her the rose and wanted to shout at everyone saying,

“Don’t you dare to even look at my girl”

But then I realised,

Maybe I was overthinking, overreacting and overdoing things with Shaina. That night I slept with my pillows wet, because of my tears and I decided not to let anyone else break my heart again. I took the Cheran express to reach Chennai and left my place with a sense of grief and cognizance. Shaina’s chapter was “Done” in my life. Atleast that’s what I had thought….. who knew what the future had in hold for me, for us.

© V.Shilpa and https://shilpasrecitals.com/, [2019,2020]. Unauthorized use and/or duplication of this material without express and written permission from this site’s author and/or owner is strictly prohibited. Excerpts and links may be used, provided that full and clear credit is given to V.Shilpa and https://shilpasrecitals.com/ with appropriate and specific direction to the original content.